Dynasty is making a long term commitment to China, echoing family commitments of the past

Dynasty is the latest in a long line of commitments to China by CEO Dr Simon Haworth and his family.

Simon’s own engagement with China began in 2009 when he brought his first company to Wuhan. He now visits China around 10 times per year. Simon’s Grandparents visited China with major UK delegations in both 1963 and 1967. Simon’s Grandmother’s annotated diaries and his Grandfather’s black and white video footage from these trips form an important part of the Haworth family archives.

But the family PRC connection extends back further still:

In 1875 Simon’s Great-Great-Grandfather established the family silk trading business between Shanghai and Manchester, England. In 1887 he sent his eldest son Harry to Shanghai for work experience. 125 years later Simon did the same honour for his own eldest son George. After a second work placement in Shanghai, George has joined renowned commercial property agent Ingleby Trice http://www.inglebytrice.co.uk/ in the City of London and hopes to engage with Chinese real estate investors throughout his career. The family China connection continues for at least a sixth generation. 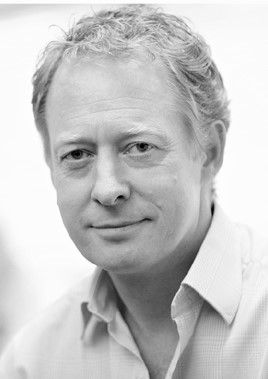 Simon is an entrepreneur and innovator having founded or co-founded more than ten companies so far. In 2006 he founded IPSO Ventures with two colleagues, listing the company in London in 2007 and creating seven new technology companies from scratch in the following three years. He has created technology and service businesses in Europe, China and the US. Since 2010 Simon has focussed on commercialisation of technology and the financing of innovation.

“For those that are interested I can tell you that we are currently developing the Dynasty team, bringing in senior individuals – that we call Partners – to lead projects under development in China. These folks know how to take a drug through IND stage, have a clear understanding of US and Chinese regulatory processes from personal experience, have taken products successfully through Phase I and II, and either speak Mandarin or have worked long enough in an Asian context to know how business in China is done,” comments Simon. “I am always on the look out for seasoned Chinese-speaking pharma and biotech professionals, who have high profile and stature within their chosen therapy or technology areas, to join us as colleagues on this ambitious journey. For China, the time is now.”