This week saw the launch of the Window-on-Wuhan Program in Cambridge UK, led by British entrepreneurs Dr Simon Haworth, Richard Leaver and team.

In his speech, Freeman celebrated the power of UK innovation and the unique, creative talents of Cambridge. Match Cambridge innovation with the extraordinary business ecosystem of Wuhan, delivered through a safe ‘soft landing point’ for UK companies seeking to access the vast China market, and the potential is limitless. But Freeman also warned that the UK must engage with the opportunities offered by China and do so now or ”come second best” as other countries compete for this prize.  ”Simon Haworth and his team are launching this program at exactly the right moment” said Freeman. “UK healthcare and biotech companies need a conduit to China. Match the Window-on-Wuhan program with the funding provided by the Sino-UK Fund and we have the opportunity to power ahead. Great Britain, not Little Britain!”

The Sino-UK Fund is a new growth capital fund set up in parallel with the Window-on-Wuhan program. The fund has high level team members in Cambridge UK and Wuhan PRC: the UK team, led by Partners Simon Haworth and Richard Leaver, has the network and sector knowledge required to originate UK projects with high growth potential in China, whilst the China team’s local execution skills ensure that those investments achieve their potential in China.

The Launch Event was “A great success”, according to delegation leader Minister Yan of the Wuhan Municipal Government. Minister Yan introduced Wuhan to the audience, describing how Wuhan developed as a centre for innovation, in biotech, medtech  agritech, Electric Vehicles and other high technologies. UK company founder Professor Graham Ball reinforced Minister 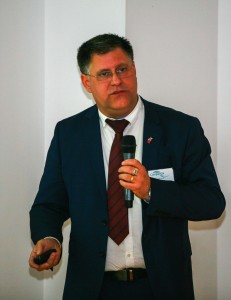 Yan’s message when Prof. Ball described the reasoning behind CompanDX’s selection of Wuhan as its first base in China – recognising that personal relationships had made as much impact as offers of grants and other financial support in the final decision in the CompanDX boardroom, aided by the simple fact that Wuhan had delivered on its promises when other China sites had not. “We couldn’t expect to go in cold and achieve success” commented Prof Ball. “We needed to be able to rely on relationships with key decision makers with access to government.”

Vice-Mayor Du of Wuhan Jing’an District introduced the Wuhan International Design City scheme, developing a design hub on the south bank of the Yangtze River, at the heart of Wuhan City. The design hub is expected to become another catalyst that attracts international companies to Wuhan. Both Savills (UK) Ltd and the Cambridge Design Partnership signed MOU’s with the entity responsible for the establishment of the design city and have thus become part of the Wuhan family advising on and promoting this considerable scheme. 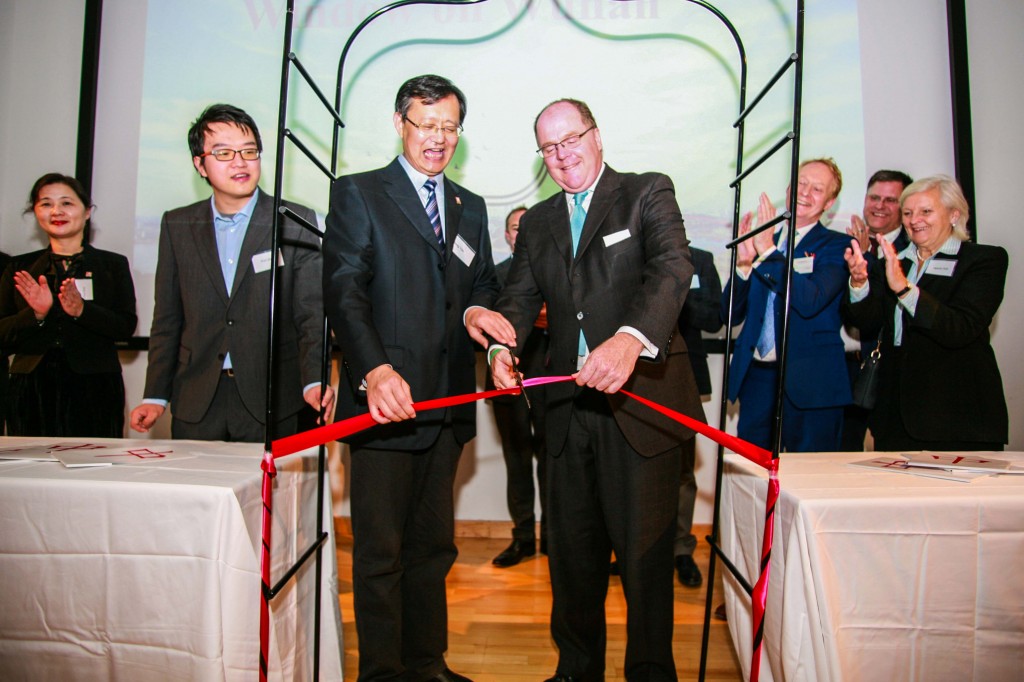 Minister Yan and George Freeman MP formally confirm the Window-on-Wuhan to be OPEN!

Many of the delegates at the Launch event agreed with the words of Councillor Valerie Holt of Cambridge City Council, recognising that it is time to put aside old fears and engage with China. Councillor Holt, who had opened the event with her ‘Welcome to Cambridge’, mentioned the methods used by the Sino-UK Fund team to mitigate IP issues. “Often, collaboration with China has in the past been limited by the anxiety and fear of the loss of IP but now this problem has been roundly addressed by the Sino-UK Fund and the problem can be confronted and eliminated within 2 minutes of appropriate discussion” said Councillor Holt.

“With IP issues mitigated, grants and equity funding on offer via a pre-prepared network in Wuhan, plus experience and relationships shared by British entrepreneurs who have successfully penetrated the China market, what is stopping you joining us on our China journey?” concluded event host Dr Simon Haworth.