I am worried about you. About us

Ancient findings question how far we have come:

I am sitting in my normal in-flight cocoon on my way back to the UK from China, reflecting on the trip. My focus this time was on Yuyao in the Zhejiang Province, just south of Shanghai, as a likely new office location for Dynasty. I often get the pleasure of unexpected outings when being entertained by government officials in China, all keen to show off the best features in their own locale, and the Hemudu site was chosen by the Yuyao folks as our Sunday morning trip. This is where the trouble started …

Hemudu became a major archaeological site in 1973 when human remains and artefacts were discovered beneath a 2m layer of silt. When the items were dated it was discovered that the site bore witness to human occupation some 7,000 years ago (Neolithic period). Many exceptional discoveries were made from that time including evidence of the cultivation of plants, domestication of animals, development of weaving, use of intricate joinery for building structures and wells, use of lacquer to preserve wood, use of musical instruments and drums, creation of decorative ear rings and bangles and the creation of fine pottery and animal figures – made as toys or religious items of some sort. Other evidence was also found of religious practices and the site confirmed that many of these advances had been achieved much earlier than previously thought. 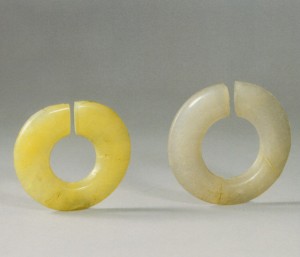 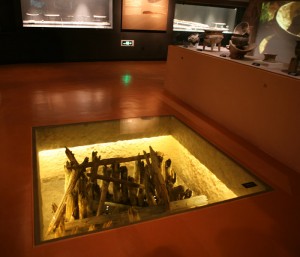 Interesting, don’t you think, that these ancient ancestors had succeeded in scaling the very heights of Maslow’s hierarchy of needs – resolving the base task of safety and security, achieving organised family and social lives, moving up to the arts with its benefits in esteem, and also apparently towards self-actualisation? I found it strangely moving, somehow, to see the 7,000 year old hand carved animals and decorated jewellery and to imagine the mindset of the artist.

Which all left me with a nagging question: have we actually progressed in the 7,000 years that we have been given since the Hemudu people lived their lives?

Yes we have discovered metals since then, and a few other new materials too. We have become quite good at flight (thank goodness) and have devised some canny ways of communicating. And of course we have multiplied impressively (thus the need for the communication devices?) even though that great advance in numbers is getting us in to trouble now. But do you really think that mobile phones, metals and a human multitude is good enough? I am really not so sure.

Have we, the human race, achieved any really fundamental progress beyond that of our cultured brethren of Hemudu?

At this point in my text I had planned to share a summary of the views of great philosophers on the matter. But I can’t help but focus instead on my own response – a personal philosophy, if you like.

These targets represent possible objectives for humanity and the concept of sustainable existence comes up pretty often in the list of things we should aspire to. But my own view is more internal. I think that our next task is to learn to live our own lives. I am lucky – I have strong faith to fall back on: faith that there is no God, no afterlife, and no religious magic to distract us. I know this. Life is life. As a result I don’t have to worry about offending some higher power when making decisions. The only person I have to report to is me. (No surprise then that I end up as my own boss in business too, I suppose).

“I want to take those internal values, hidden at the core of all of us, and live mine out”

My hope is that I can learn to be big enough in life, living my own values without envy, and remaining un-swayed by the need to be liked that distracts so many. I don’t want to end up as some bare-chested fanatic in the wilderness, turning my back on all possessions. But I do want to take those internal values, hidden at the core of all of us, and live mine out.

This is the luxury that I believe our generation is able to achieve, climbing to the very top step of the Maslow pyramid (he never saw it as a pyramid, by the way). Our insecurities get in the way. But even the Miss World contestants might achieve their common goal if more of us could be brave, step away from the issues and jealousies driven by poor self esteem and live out our values. En masse the impact would be fantastic.

So, after my moment of self-righteous preaching, now it is your turn. What will you contribute to the progress of our race? Why will your children be proud that you were their parent (as opposed to just liking you, of course)? You can join me and create an internal, personal values-driven wave of self-actualisation. Or you can take your own step. But we must, each of us, attempt to do something.

In conclusion, I am still worried about us. Defining the way forward is hard. My personal impact on humanity as a whole is statistically miniscule. But letting another 7,000 years pass by without progress would be failure. So let’s have a go. Let’s take a step forward, at last.

Footnote: I am going to need help to address this more widely. Perhaps I had better call on Tony Robbins @tonyrobbins to see if he can galvanise some of his millions of Followers to take up the cause. Watch this space